An American Werewolf in London - Powys 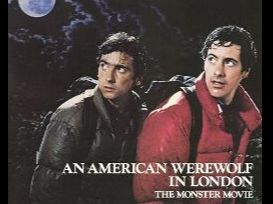 An American Werewolf in London - Powys

Is this your URP?

An American Werewolf in London

Well Walk, East Heath Road, Hampstead Heath, Hampstead is where Harry and Judith get out of the taxi just before David kills them

Lupus Street, Pimlico is the exterior of Alex's flat

Near Tower Bridge is the location where David kills the tramps

Trafalgar Square, St James's is where David asks to be arrested

Winchester Walk, Clink Street, Southwark is where David is finally arrested in this alley

Brecon Beacons are used as a backdrop

Crickadam is the setting for East Proctor

This page uses Google Maps. The map will be loaded from Google-Server and some of your data may be used by Google. In order to see the maps, please click accept. You can also click here to see further information related to this.

In order to perform this action you have to login

Some of the listing features are available only for registered users.